Infinix Mobile didn’t seem to be interested in the “top notch screen” trend going on in the smartphone industry, well not until they launched this amazing mobile phone.

The first of its range of smartphones to have this feature is their new Infinix Hot S3X, a successor of the Infinix Hot S3. The notch is not the only trend it adopts, there is a dual camera at the rear and a conventional glossy back. If you are a fan of large display, the smartphone has a sizeable one right here with a notch too. 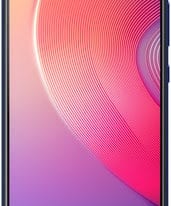 The headline of the smartphone is the obvious notch on the smartphone despite the fact it is no more news again. It also has a similar glossy finish common to budget smartphones nowadays that try to imitate a glass build. The fingerprint reader is well positioned at the upper part of the back cover and the camera placed on top of each other to the left. There’s a significant cut down on the bezel at the front, although a bit obvious at the bottom.

If you’ve been looking to get your hands on a notched display from infinix, it offers you one with an addition of a big display. The only setback here is the low resolution of the 6.2-inch display which is only HD+ by the way. Nonetheless, it is still a slight improvement on the Hot S3.

Normally, most Infinix smartphones come with enough juice in the battery segment. The Infinix Hot S3X maintains the same profile garnering power from a 4, 000mAh battery. To enhance battery refill, the smartphone provides you with fast charge for quicker refill.

In the scene of lenses and optics, the smartphone ships just with about the recent duo or rear camera seen in these budget smartphones. Over to the back of the smartohsme, there is just the combo of a 13MP and 2MP camera, however, the front has a 16MP selfie camera.

Even with the Qualcomm frenzy going on all about, the smartphone has a low performing one and some MediaTek Chipset are even better. That said, there is a Qualcomm Snapdragon 430 processor and Adreno 505 GPU.  Memory space is 3GB while the storage option available is 32GB although expansion can be made to 128GB. It runs the Android 8.1 Oreo which is great although the latest Android Pie stable versiiv is not ready commercially yet.

The pricing of the smartphone is not clear yet although it should be around 55, 000 Naira depending on the deal.

Here are a few specs of the Infinix Hot S3X:

What do you think about this baby?

Click to View and Buy the Infinix S3X on Jumia Now: